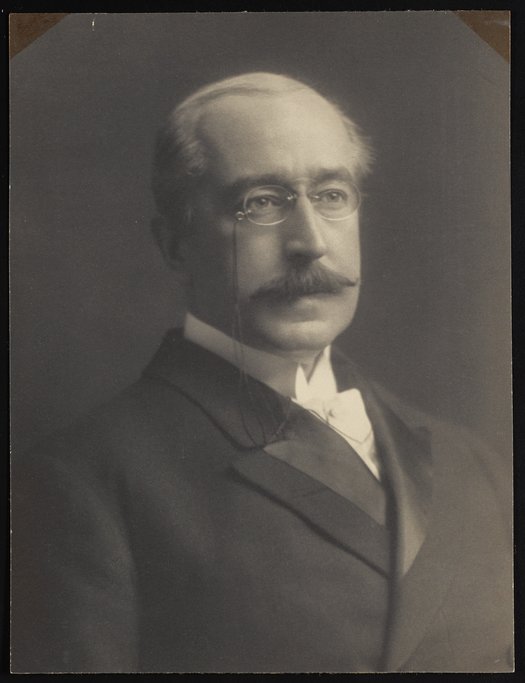 Portrait of Marston Taylor Bogert (1868-1954), American Chemical Society President (1907-1908) known for his work on the synthesis of heterocyclic compounds, dyes, pharmaceuticals, and perfumes.

Marston Taylor Bogert was born in 1868 in Flushing, New York and graduated from Columbia College in 1890. Following graduation, Bogert studied analytical and applied chemistry at the Columbia School of Mines and graduated with his Ph.B. from Columbia in 1894. He subsequently became Columbia's first professor of organic chemistry in 1904 and taught at Columbia until his retirement in 1938. During World War I, Bogert served as a colonel in the Chemical Warfare Service (1918-19) and was awarded the Priestley Medal in 1938. He also served as President of the International Union of Pure and Applied Chemistry from 1938-1947.