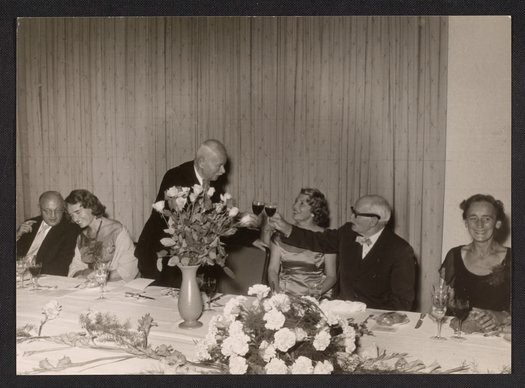 Arnold O. Beckman arranged a banquet for Lee de Forest (seated), at which he and Jonathan Zenneck (standing) met in person for the first time since 1912.

Lee de Forest (1873–1961) was an inventor, most notably of Audion vacuum tubes in the early twentieth century. His serial business ventures included work in radio, telegraphy, telephony, broadcasting, and film.

Lee de Forest and Jonathan Zenneck at a banquet