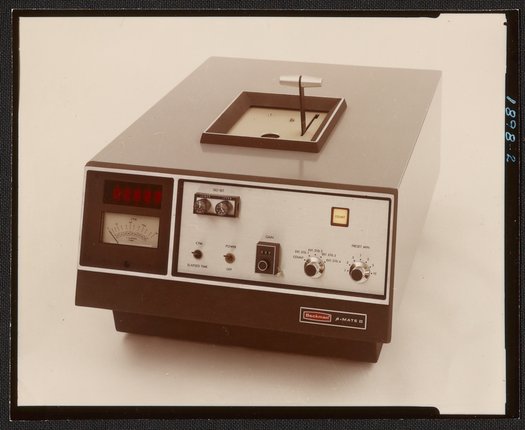 The Beckman Beta-Mate II (styled β-Mate II) was a single-sample, single-channel, manual counter. The Beta-Mate I was first offered in 1970, so this model was likely produced soon after.

Liquid scintillation counters measure the radioactivity of a sample by mixing the sample with a solvent containing a scintillator, which will emit photons in the presence of radioactive materials. The counter measures the pulses of photons as wavelengths of light detected through phototubes.