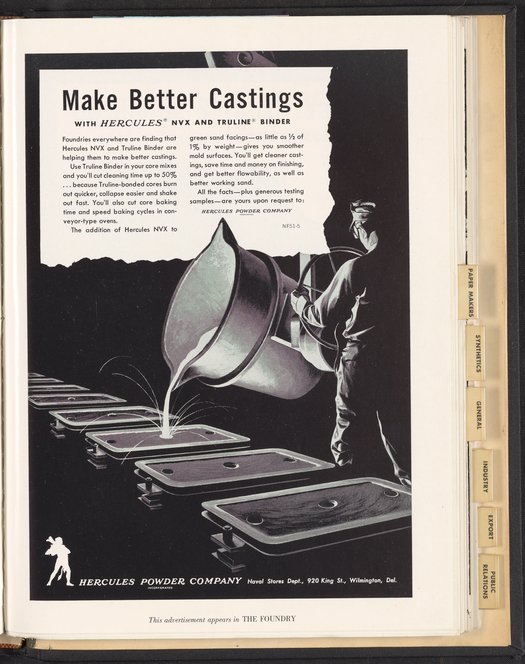 Print advertisement for NVX and Truline, the trade names for resinous binders manufactured and sold by the Hercules Powder Company for use in casting iron, steel, and brass. The advertisement features a black-and-white illustration of a man working in a foundry. The accompanying text promotes the use of NVX and Truline to improve castings and speed production. This advertisement appeared in The Foundry.