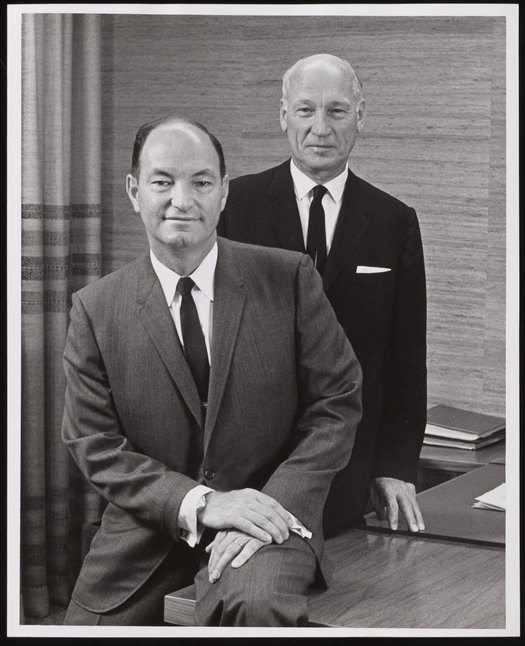 Dr. William F. Ballhaus, Sr. (1918-2013) was a Stanford- and Caltech-educated aeronautical engineer who assumed the presidency of Beckman Instruments in 1965. During his tenure, Ballhaus oversaw the company's shift away from space and defense applications in favor of medical instrumentation. He served as vice chairman and chief executive officer following Beckman's acquisition by Smith Kline, retiring in 1983.

Beckman stands behind Ballhaus in an office setting.