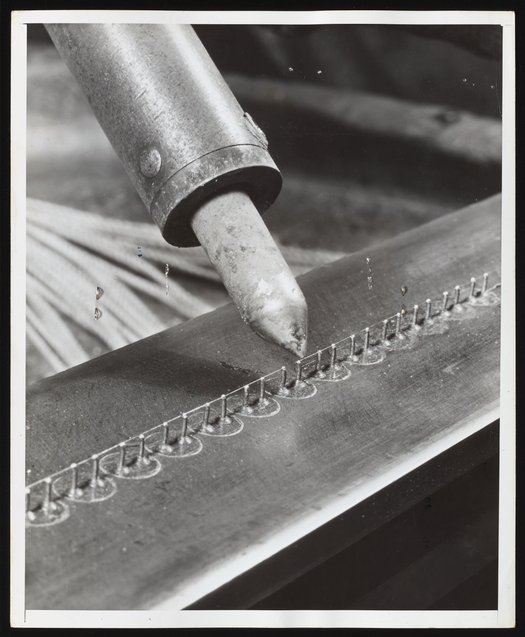 Close-up view of the soldering of wire at the Hercules Powder Company plant in Port Ewen, New York. During the production of electric blasting caps, wires were inserted into the base of a bridging machine while a mixture of sulfur, graphite, and mica was poured in a mold to form a plug around the so-called leg wires. Then, a platinum alloy bridge wire was soldered across the two ends of wire protruding from the plug. Following inspection, the plugs subsequently were sent to the Filling Room to be inserted into shells.