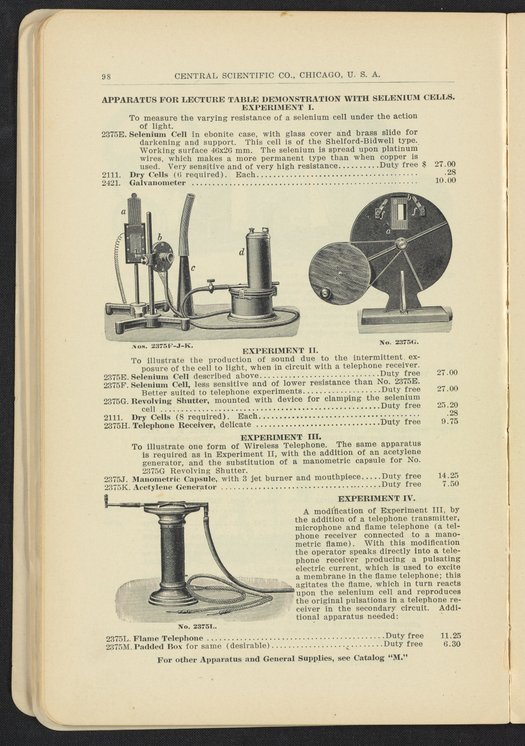 "These cells show the extraordinary property which selenium possesses of changing its electrical resistance under the influence of light."