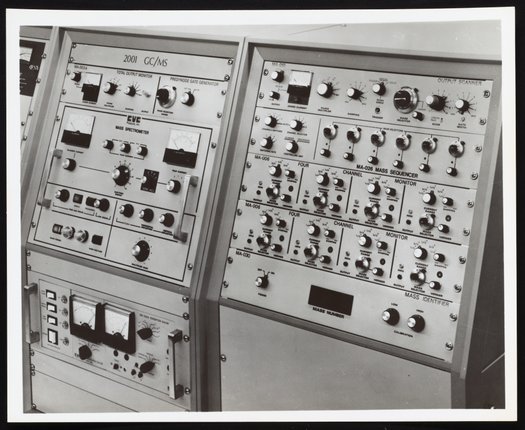 Close-up view of a portion of a Consolidated Vacuum Corporation Model 2001 Masschromatograph, with view of assorted control panels including an output scanner, mass sequencer, and four channel monitor. Also known as CVC Products Inc., Consolidated Vacuum Corporation operated as a subsidiary of the Bendix Corporation prior to Allied Signal's takeover of Bendix in 1983. The Masschromatograph 2001 offered the qualitative and quantitative capabilities of combined gas chromatography and mass spectrometry for a variety of laboratory applications, including forensics, toxicology, and food flavoring.