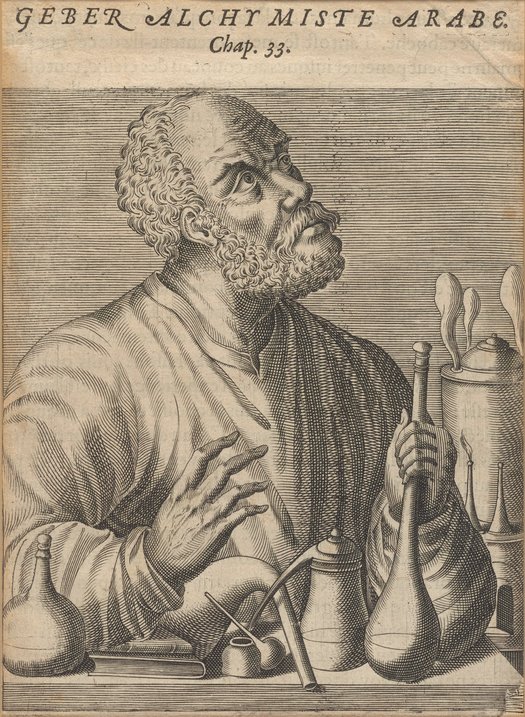 According to tradition, Abu Mūsā Jābir ibn Hayyān was an alchemist and possibly an apothecary or physician who lived mostly in the 8th century. Jābir is primarily associated with an enormous number and variety of works in Arabic covering a wide range of topics, including alchemy, cosmology, numerology, astrology, medicine, magic, mysticism and philosophy. Often called the Jabirian corpus, these texts are now accepted as too disparate in both style and content to be the work of one individual. Nonetheless, Jābir is considered the father of Arabic chemistry and an important influence on medieval European alchemists.