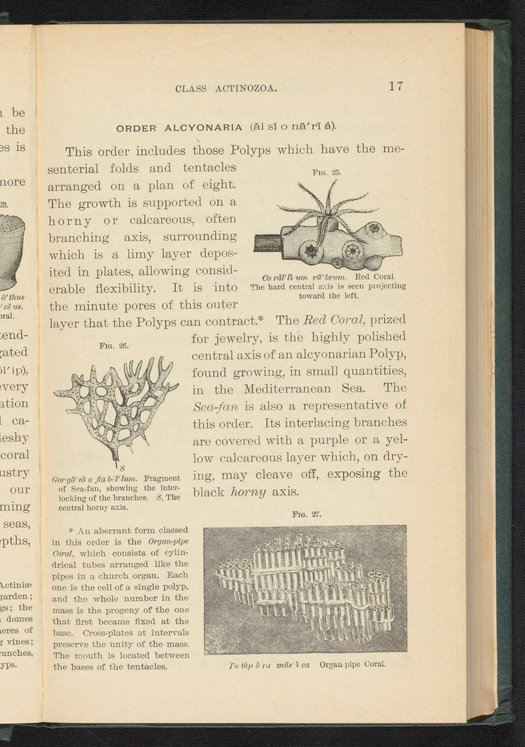 Figures 25, 26, and 27 of the 1887 volume Popular Zoology. Figure 25 depicts a piece of red coral, with view of the hard central axis projecting toward the left. Figure 26 depicts a fragment of sea-fan, with view of interlocking branches. Figure 27 depicts organ-pipe coral.