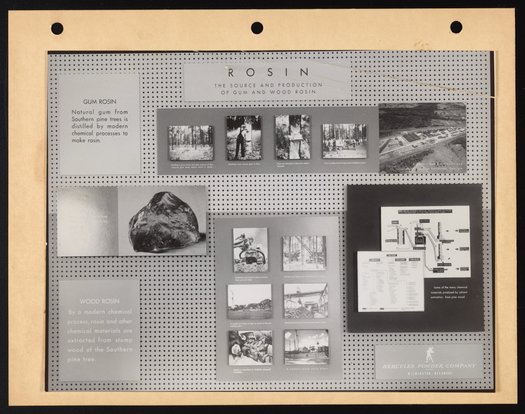 General view of an exhibition display panels depicting the production of gum and wood rosin by the Hercules Powder Company.

Rosin: The Source and Production of Gum and Wood Rosin