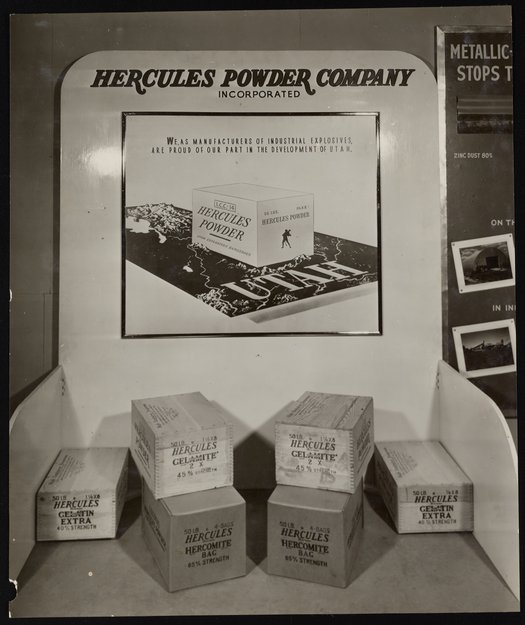 General view of the Hercules Powder Company display at a 1947 exposition commemorating the 100th anniversary of the Latter Day Saint settlement in Salt Lake Valley, Utah.