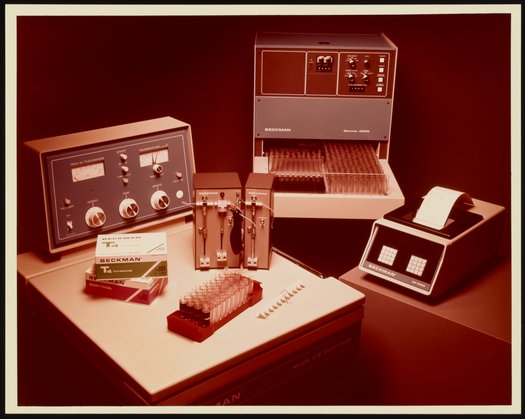 Scintillation counters detect ionizing radiation by counting the light flashes produced by the particles as they pass through certain solids or liquids.