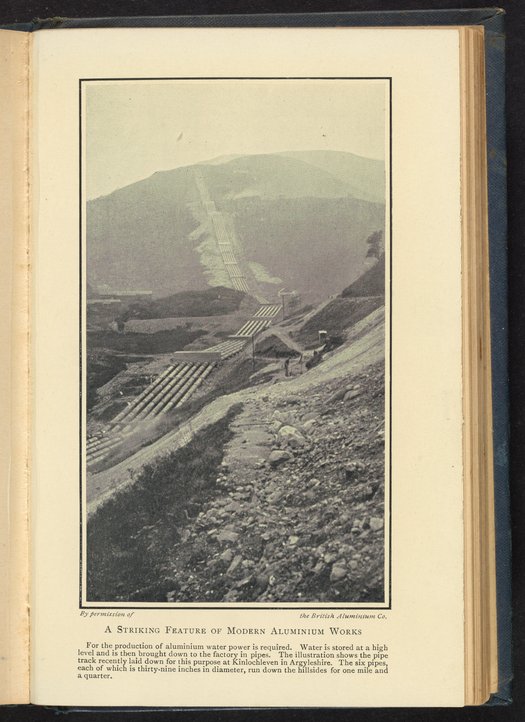 Entitled "A Striking Feature of Modern Aluminum Works," photographic reproduction depicts water pipelines traversing a hillside in Kinlochleven in Argyllshire, Scotland. Accompanying text states how water power is used in the production of aluminum. Permission is given to the British Aluminum Company, which was located in Kinlochleven; therefore, this photograph most likely depicts the infrastructure of the British Aluminum Company.