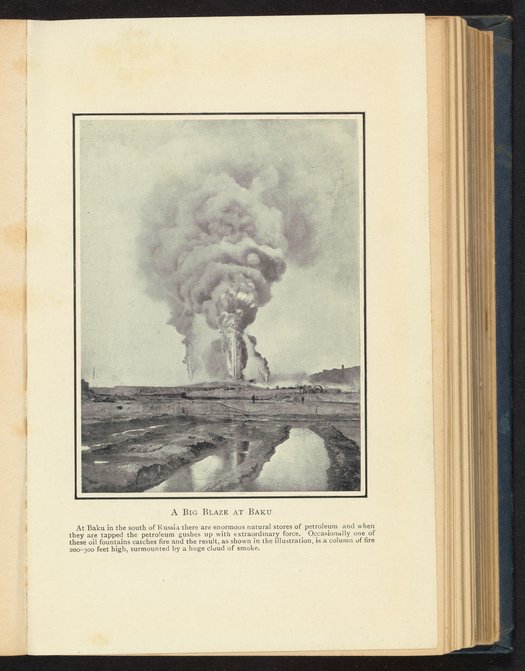 Entitled "A Big Blaze at Baku," photographic reproduction depicts a petroleum fire at the petroleum fields in Baku, Azerbaijan, formerly under Russian rule. The natural stores of oil gush from the earth's surface; when on fire this results in a large burst of fire and smoke.