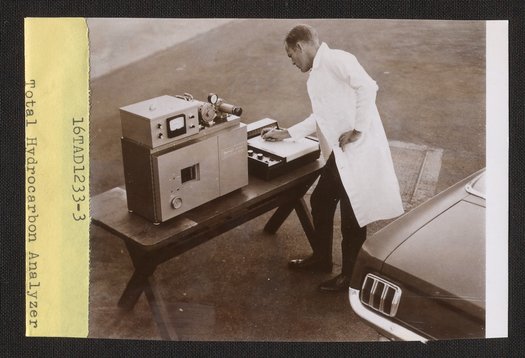 Man using a Total Hydrocarbon Analyzer beside a car