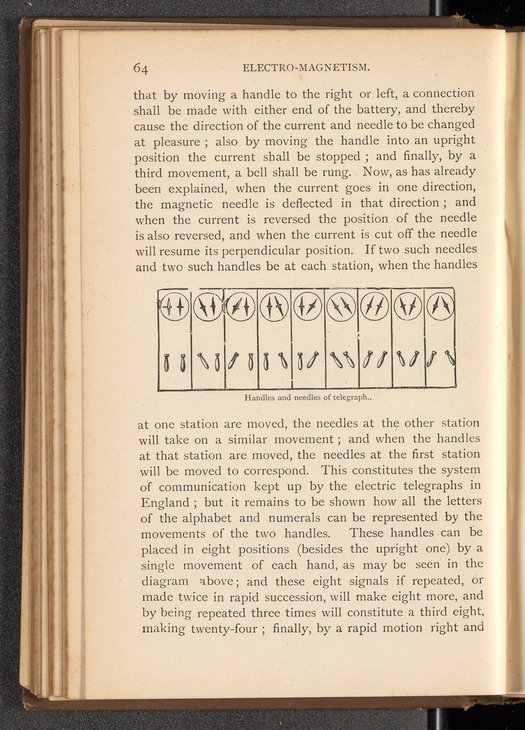 Ward, Lock. “Handles and Needles of Telegraph.” Wonders of Electricity and the Elements, Being a Popular Account of Modern Electrical and Magnetic Discoveries, Magnetism and Electric Machines, the Electric Telegraph and the Electric Light, and the Metal Bases, Salt, and Acids. London, England, 1870–1900. https://digital.sciencehistory.org/works/kfgxuq0.

Handles and Needles of Telegraph