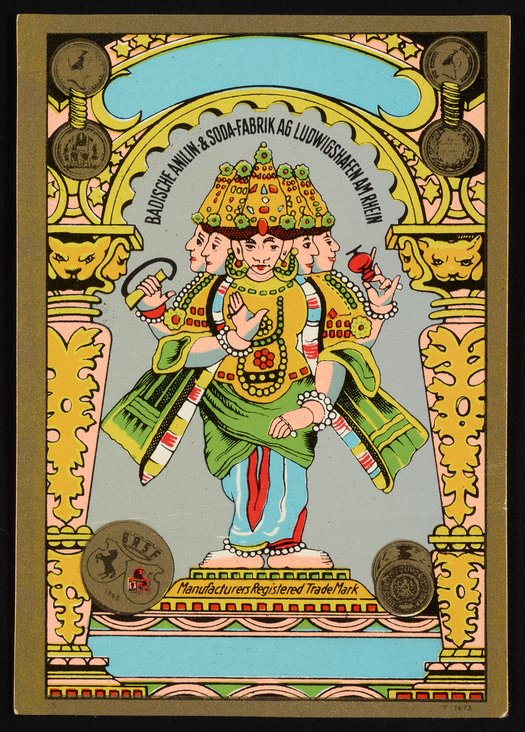 Dye label depicting a caricature of a deity figure with multiple hands and heads, stereotyping Hindu gods and goddesses. Hindu symbols were used by Badische Anilin & Soda-Fabrik (BASF) on their company's dye labels because India was one of the earliest producers of indigo dye. BASF began the industrial production of synthetic indigo in 1897. The decorative border includes the BASF trademark insignia.

Founded in 1865, Badische Anilin & Soda-Fabrik (BASF) was once the largest chemical factory in the world. Based in Ludwigshafen, Germany, the company first concentrated on the manufacture of synthetic dyestuffs. In addition to the industrial production of synthetic indigo (1897), key breakthroughs included the discovery of indanthrene dyes (1901). Aniline dyes determined much of the firm's business. The company primarily advertised by submitting its products for awards at regional and international industry trade fairs, especially world's fairs.