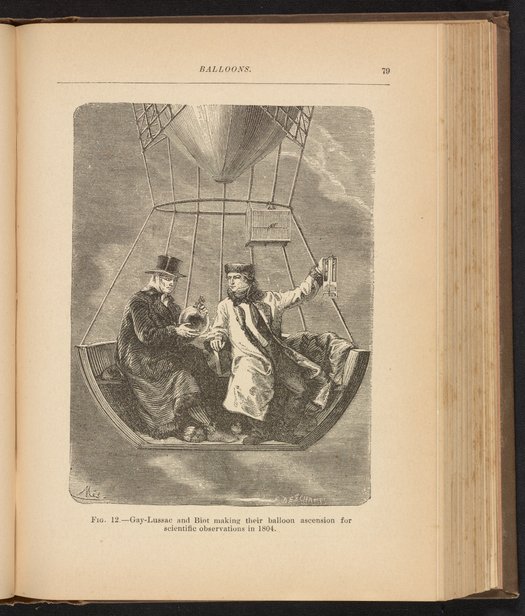 On August 24, 1804, Joseph Louis Gay-Lussac and Jean-Baptiste Biot ascended in a hot air balloon to a height of 4,000 meters altitude in order to conduct scientific experiments on gases. These experiments led to Gay-Lussac's discovery that equal volumes of all gases expand equally with the same increase in temperature. Coined "Charles' law," this discovery was named after Jacques Charles who conducted similar unpublished experiments fifteen years earlier.