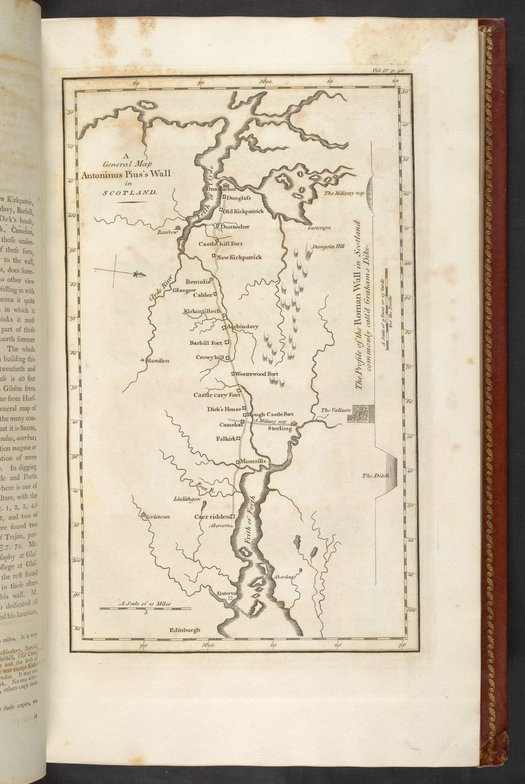 Engraving depicting the Antonine Wall, a Roman frontier barrier in Britain extending approximately 36.5 miles across Scotland between the River Clyde and the Firth of Forth. The wall was built in the years after 142 AD on the orders of the emperor Antoninus Pius. The engraving also includes a profile of the Roman Wall in Scotland commonly called Graham's Dike on the right-hand side of the page.

Camden, William. “A General Map [of] Antoninus Pius's Wall in Scotland.” In Britannia: or, a Chorographical Description of the Flourishing Kingdoms of England, Scotland, and Ireland, and the Islands Adjacent, Vol. 4. London, England: John Stockdale, 1806. https://digital.sciencehistory.org/works/mca0r3g.

A General Map [of] Antoninus Pius's Wall in Scotland