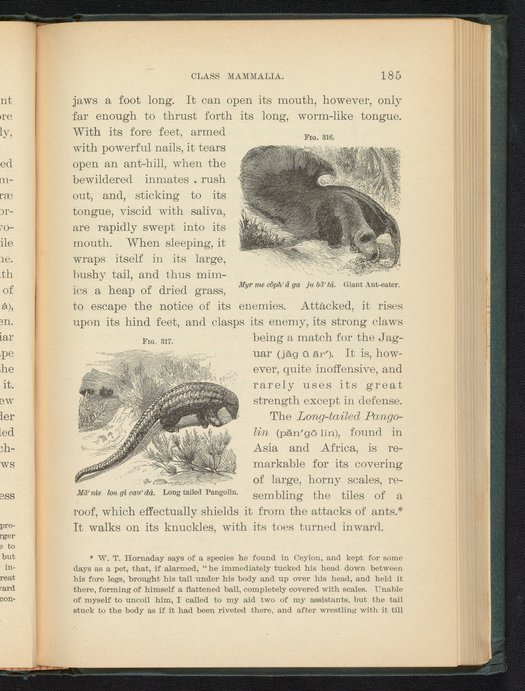 Figures 316 and 317 of the 1887 volume Popular Zoology. Figure 315 depicts a giant ant-eater. Figure 317 depicts a long-tailed pangolin, also know as an African black-bellied pangolin or ipi.