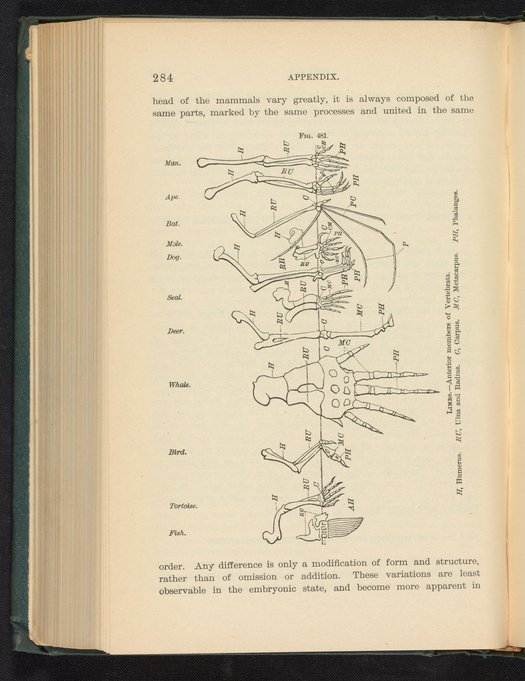 Illustration from the appendix of the 1887 volume Popular Zoology depicting limbs of a variety of vertebrate animal species, including humans, apes, whales, and birds.