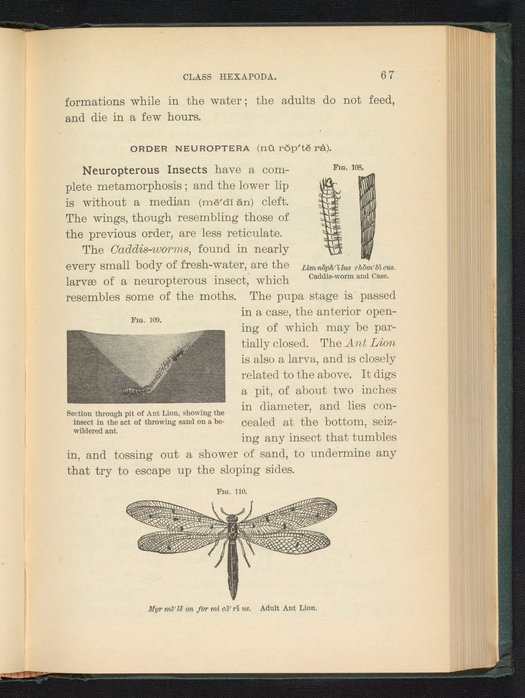 Figures 108, 109, and 110 of the 1887 volume Popular Zoology. Figure 108 depicts a caddis-worm and case. Figure 109 depicts a section through pit of ant lion, showing the insect in the act of throwing sand on a bewildered ant. Figure 110 depicts an adult ant lion.