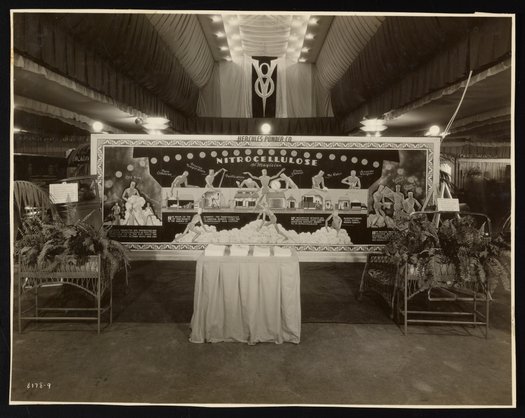 General view of the Hercules Powder Company display at a Ford Motor Company trade show held in Detroit, Michigan. The display depicts the production of nitrocellulose and its use in a variety of products, including lacquers, safety glass, and coated textiles.