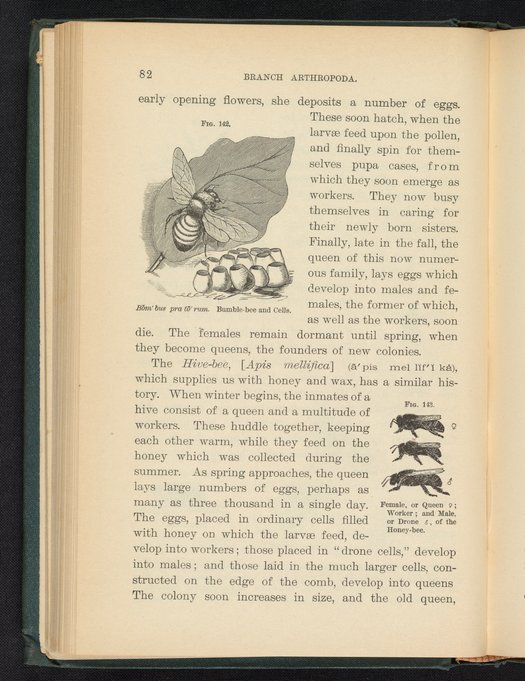 Figures 142 and 143 of the 1887 volume Popular Zoology. Figure 142 depicts a bumble-bee and cells. Figure 143 depicts three honey-bees, including a female, or queen bee, a worker bee, and a male, or drone bee.