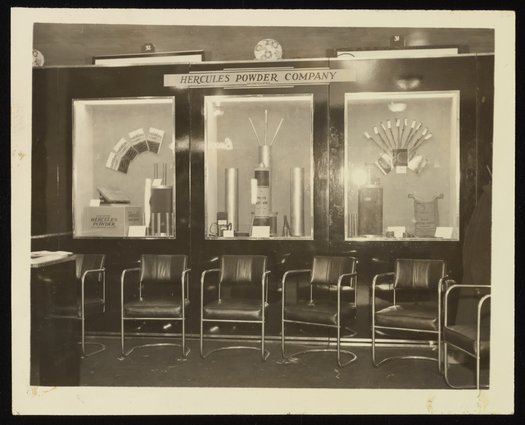 General view of the Hercules Powder Company display at the 1937 Crush Stone Convention.