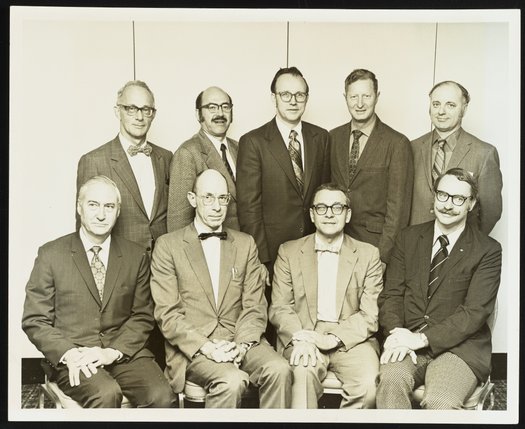 Group photograph of the Board of Directors of the American Society for Mass Spectrometry (1972-1974) taken at a conference in Philadelphia. Seated, left to right, are A.H. Struck; Frank H. Field; Harry J. Svec; and F.E. Saalfeld. Standing, left to right, are Richard E. Honig; J. Berkowitz; M.T. Tang; and Henry Earle Lumpkin.

The American Society for Mass Spectrometry (ASMS) was organized in 1969 as a venue for analytical chemists, particularly those from the petroleum industry, to develop a sense of community around a shared interest in the development and use of mass spectrometry instrumentation.