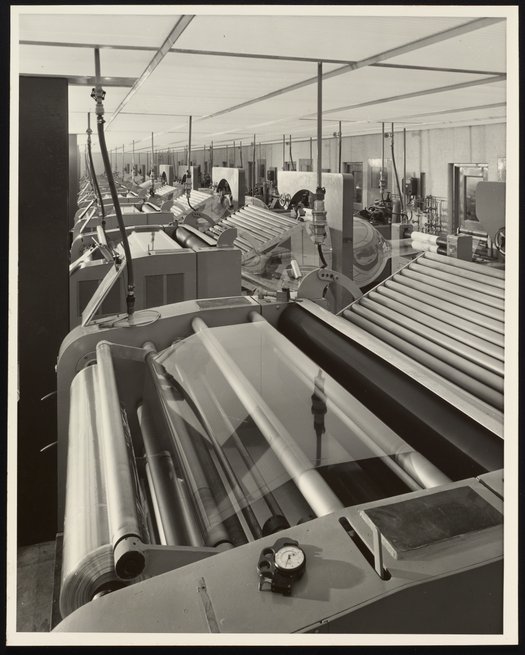 General view of the manufacturing of saran film at the Dow Chemical Company plant in Midland, Michigan. During production, saran film was trimmed and wound into so-called inventory rolls, such as those visible in the photograph. Initially developed for the U.S. Army to wrap arms and equipment for transport during World War II, saran plastic was subsequently developed and marketed as Saran Wrap for household use.