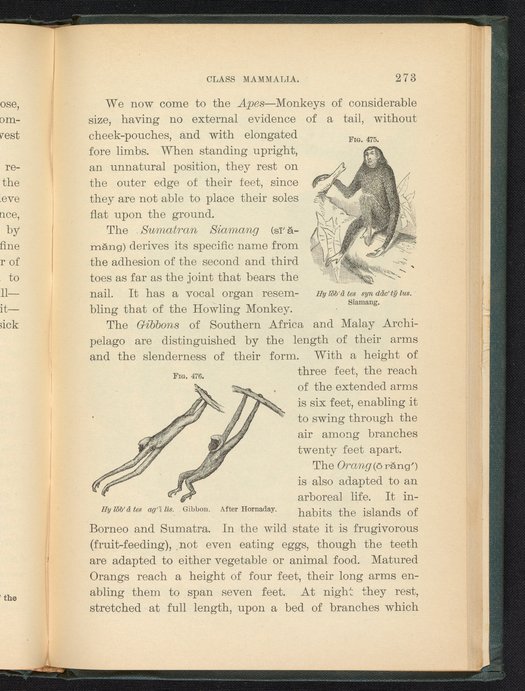 Figures 475 and 476 of the 1887 volume Popular Zoology. Figure 475 depicts a siamang, an arboreal black-furred gibbon native to the forests of Indonesia, Malaysia and Thailand. Figure 476 depicts a gibbon as described by American zoologist and taxidermist William Temple Hornaday (1854-1937).