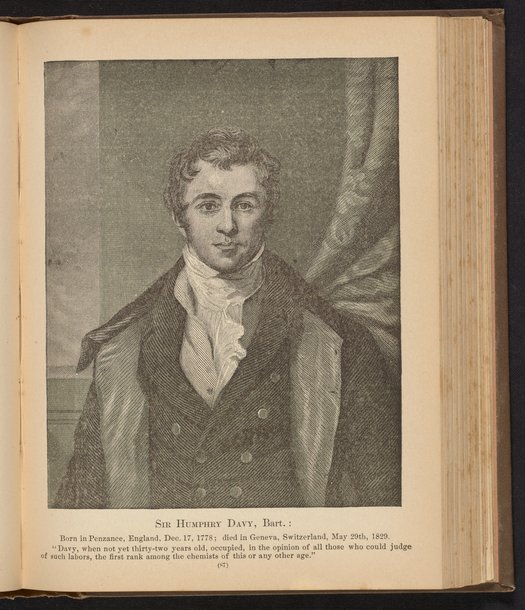 Half-length portrait print of Sir Humphry Davy (1778-1829). Davy was an English chemist and inventor who invented the field of electrochemistry. He is best known for his work isolating numerous elements using electricity. He also discovered the elemental nature of chlorine and iodine.