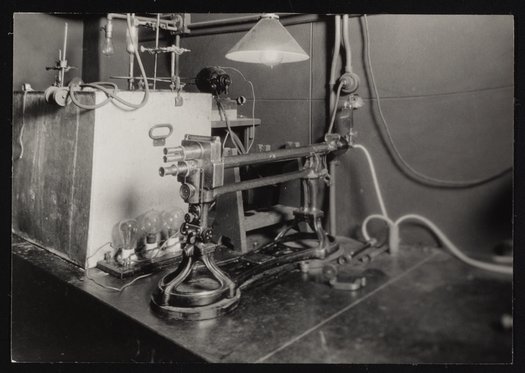 Close-up view of a polarimeter housed in a constant temperature dark room at the Bureau of Chemistry's Carbohydrate Laboratory. Part of the U.S. Department of Agriculture, the Carbohydrate Laboratory analyzed the physical and chemical properties of sugars and their derivatives, as well as evaluated methods for preparing rare sugars and manufacturing syrups, sugars, and carbohydrate-containing products. In the sugar industry, polarimeters are commonly used to qualitatively measure the juice from sugar cane and refined sucrose.