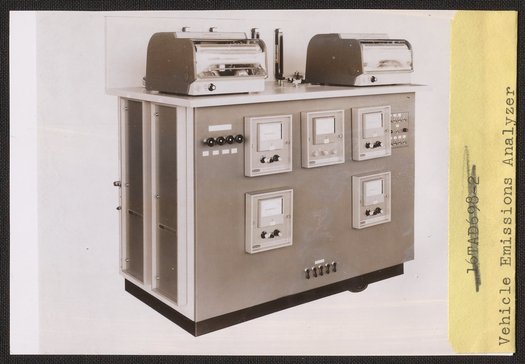 This instrument detects pollutants in the emissions from vehicles with combustion engines.