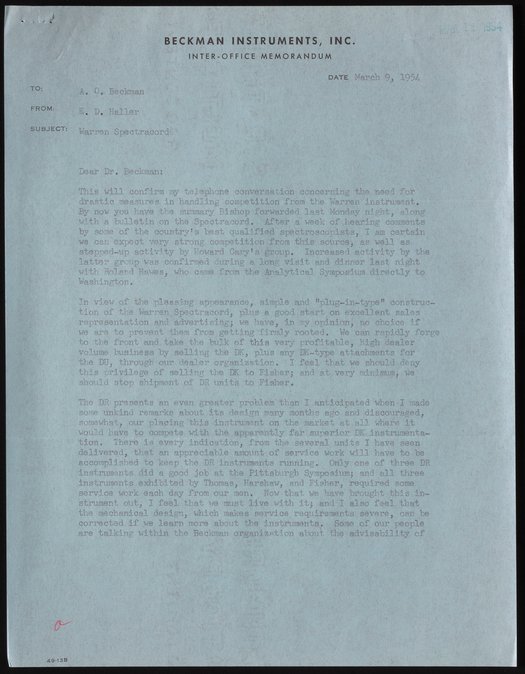 The memorandum discusses a rival company's spectrophotometer, the Warren Spectracord. (Warren Electronics, Inc. would be acquired by Perkin-Elmer in 1956). The Beckman Instruments DR Spectrophotometer is framed as something of a problem for Beckman, and the DK as the instrument to promote. Howard Cary is specifically mentioned as competition.

The Beckman DK Spectrophotometer was an enhancement of the DU, which expanded the instrument’s range of into near-infrared. This was accomplished by chemist Wilbur I. Kaye, who began his work on science behind the DK at Eastman Kodak, and continued it after he was hired by Beckman Instruments. The model DK is named after him and his innovation. 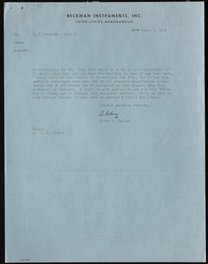