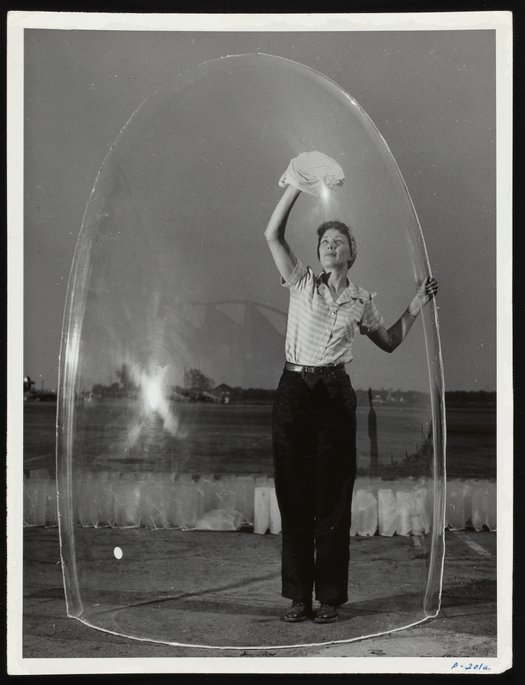 General view of an unidentified female employee polishing a curved panel of Plexiglas designed for use as an aircraft windshield. This photograph was likely taken at the Rohm and Haas Company plant located in Bristol, Pennsylvania.