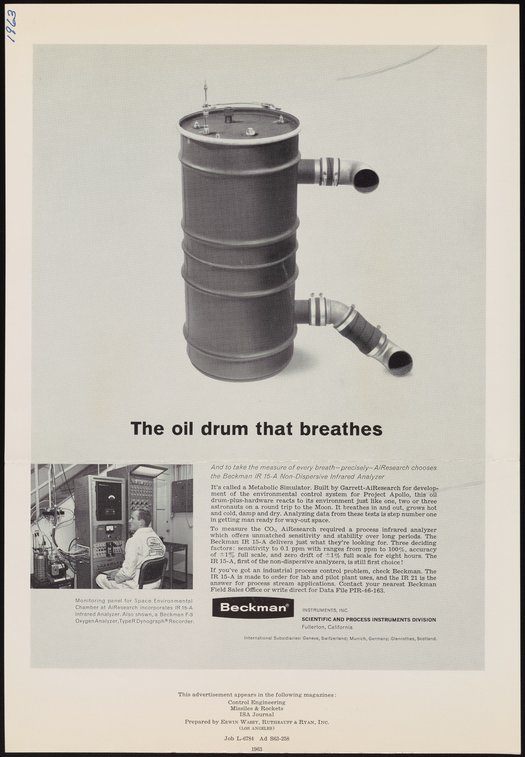 Beckman Instruments's involvement in NASA's early manned spaceflight projects was mentioned in many of their 1960s advertisements, including this one for the IR-15A Spectrophotometer. In this advertisement, the spectrophotometer isn't being used by researchers directly, but rather is incorporated into a more complex system (a Metabolic Simulator) by Garrett-AiResearch. This particular system also includes several other Beckman products to monitor many data streams at once, measuring the atmosphere inside a space capsule and taking measurements that will help make that capsule safe for living, breathing humans.

The oil drum that breathes