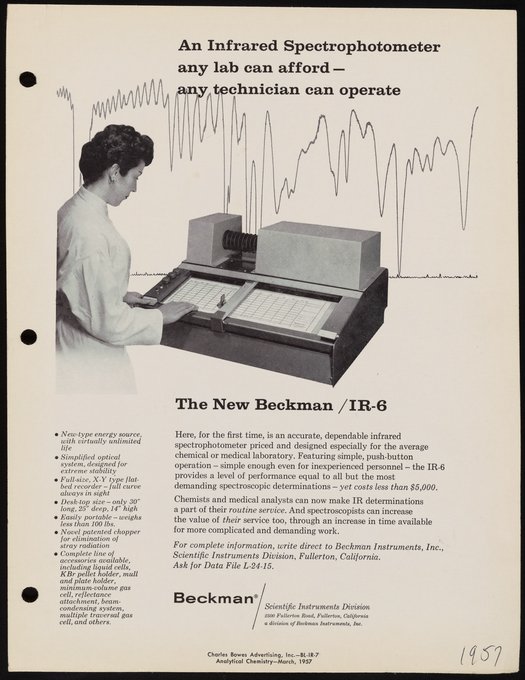 This advertisement shows a woman using Beckman Instruments' new IR-6 Spectrophotometer. The text touts its low cost, ease of use, and the ability to use the instrument within existing workflows.

An Infrared Spectrophotometer any lab can afford -- any technician can operate