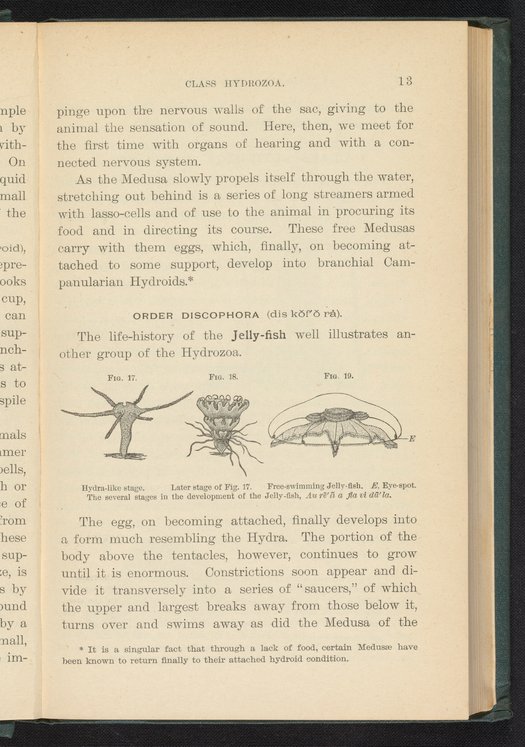 Figures 17-19. The Several Stages in the Development of the Jelly-fish