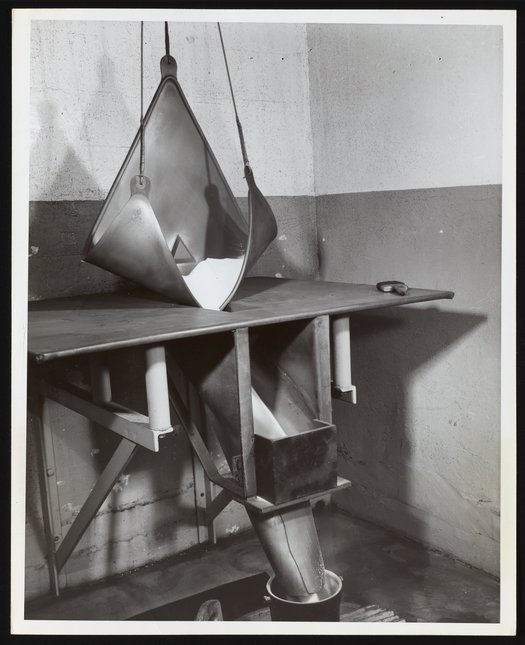 General view of a rubber mat apparatus used to mix Pentaerythritol tetranitrate (PETN) with graphite for use in the electric blasting caps produced at the Hercules Powder Company plant in Port Ewen, New York. The apparatus was controlled by an employee operating a series of levers on the other side of the concrete wall to move the mechanical arms of the rubber mat. Notably, rubber was used to transfer and mix the explosive powder in order to avoid the hazard of metal, which might cause a spark or a shock.