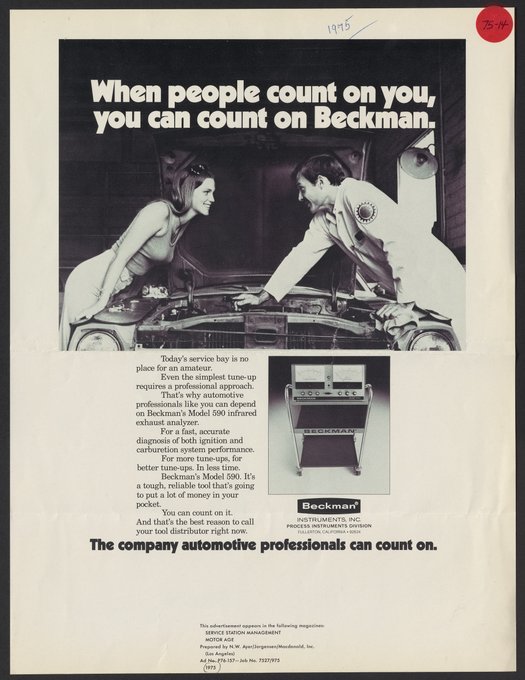 The advertisement was created for publication in Service Station Management and Motor Age. It emphasizes the reliability of the Model 590 infrared exhaust analyzer, an instrument designed to detect pollutants in the exhaust from vehicles with combustion engines.

When people count on you, you can count on Beckman.