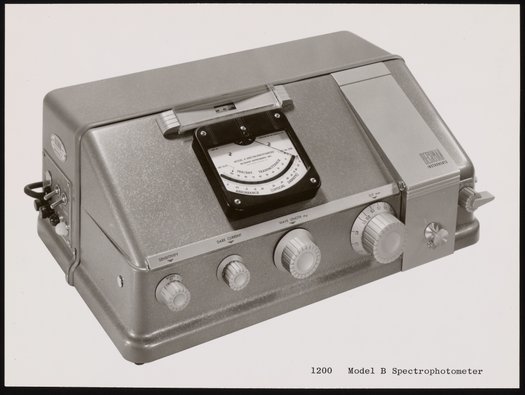 The ultraviolet Model B was marketed as an easier to use and more affordable alternative to the Beckman DU Spectrophotometer.