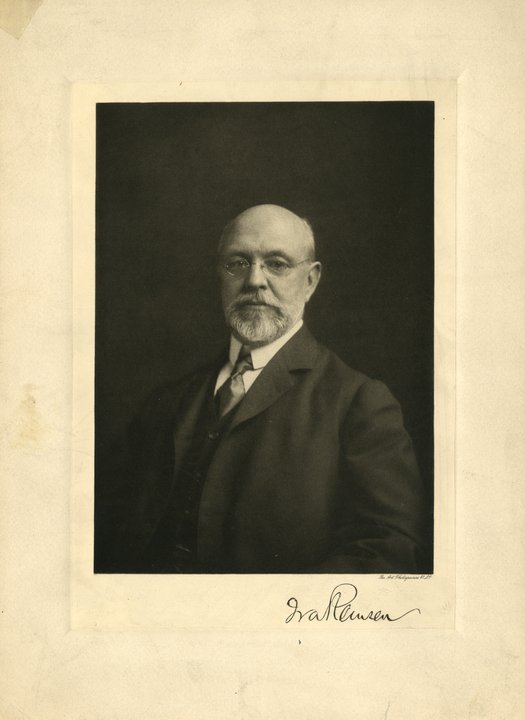 Portrait of Ira Remsen (1846-1927). Along with Constantin Fahlberg, Remsen discovered the artificial sweetener saccharin in 1879.

A native of New York City, Remsen received his M.D. from the Columbia University College of Physicians and Surgeons in 1867. He subsequently studied chemistry in Germany under the tutelage of Wilhelm Rudolph Fittig and earned his Ph.D. from the University of Gottingen in 1870. After studying pure chemistry at the University of Tubingen, Remsen returned to the United States in 1872 and joined Williams College as a professor. While at Williams, Remsen wrote the popular text Theoretical Chemistry and subsequently was invited to become one of the original faculty at Johns Hopkins University. Remsen founded the Department of Chemistry at Johns Hopkins and would go on to hold several positions at the university, among them: professor of chemistry (1876-1913); director of the chemical laboratory (1876-1908); secretary of the Academic Council (1887-1901); and president of the university (1901-13). Remsen is also notable for introducing many German laboratory methods to Johns Hopkins and for emphasizing the university's function as a research center.