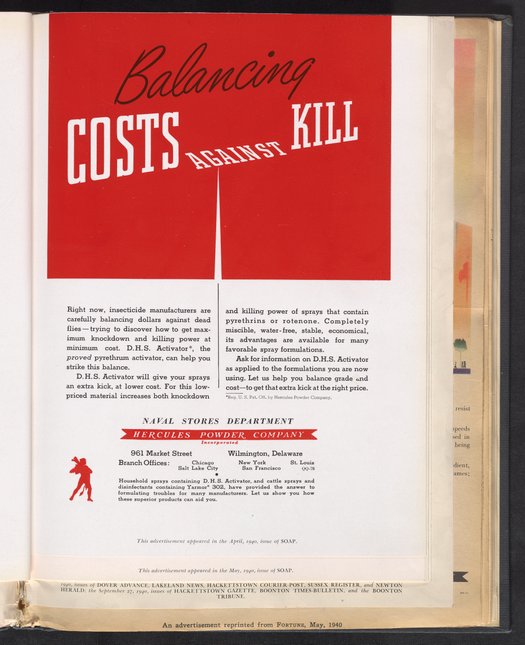 Advertisement for D.H.S. Activator, a trademarked name for Ethylene glycol ether manufactured and sold by the Hercules Powder Company to increase the effectiveness and reduce the manufacturing costs of pyrethrum insecticides and sprays. This advertisement was published in the April 1940 issue of Soap.