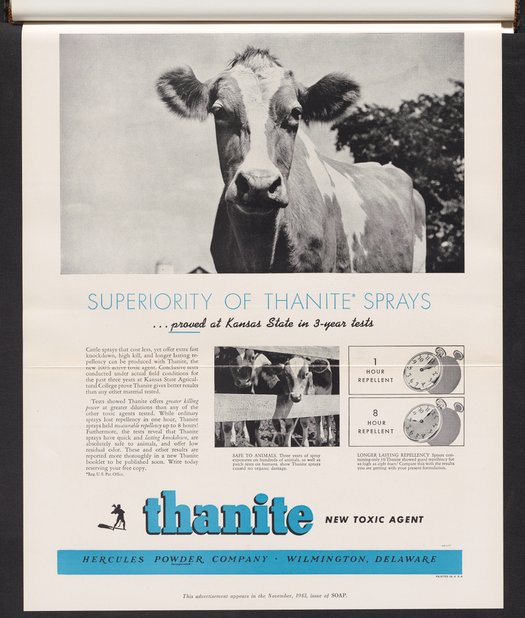 Advertisement for Thanite, a toxicant manufactured and sold by the Hercules Powder Company for use in pesticides and insecticides. This advertisement appeared in the November 1943 issue of Soap.

Superiority of Thanite Sprays...Proved at Kansas State in 3-Year Tests