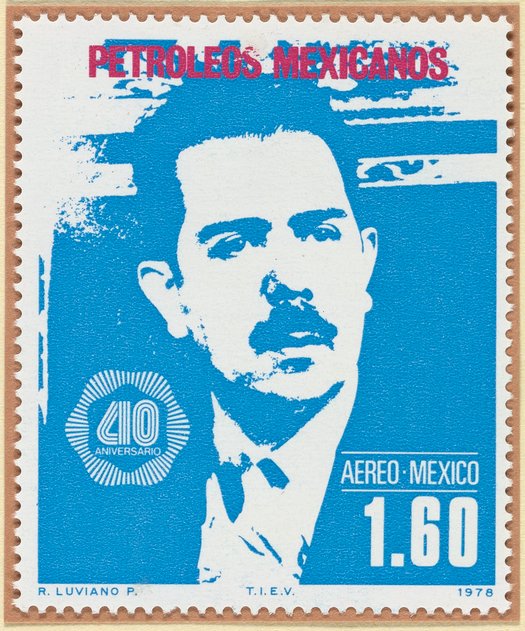 Mexican postage stamp issued to commemorate the 40th anniversary of the nationalization of all petroleum reserves, facilities, and foreign oil companies in Mexico and the establishment of the state-owned petroleum company Petróleos Mexicanos. The stamp features a portrait of Mexican president Lázaro Cárdenas del Río (1895-1970), who served as President of Mexico from 1934 to 1940 and oversaw the nationalization of the oil industry in 1938.