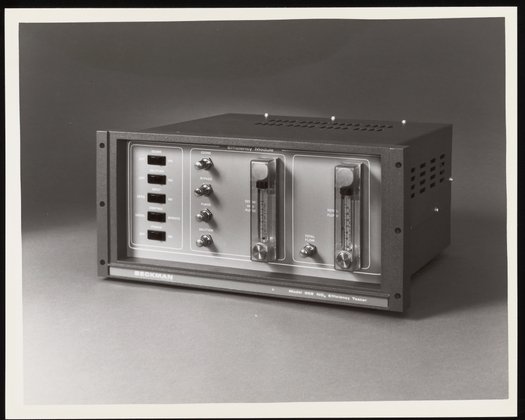 This instrument measures the nitrogen oxides (NOx) produced during the combustion of gasoline. Once in the atmosphere, they can contribute to the formation of smog and air pollution.