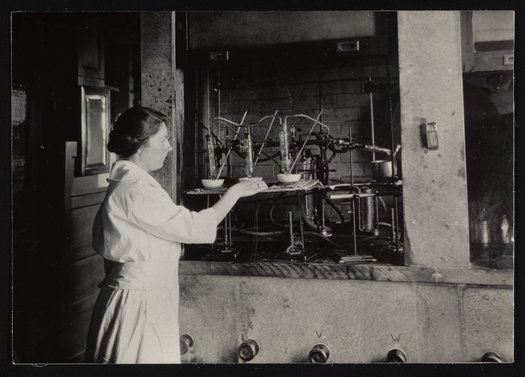 General view of a female employee analyzing unidentified substances in the Bureau of Chemistry's Pharmacognosy Laboratory. Part of the U.S. Department of Agriculture, the Pharmacognosy Laboratory supervised the manufacture and distribution of crude drugs, specifically those obtained from plants or other natural sources, and investigated methods for preventing waste and improving the utilization of such drugs.