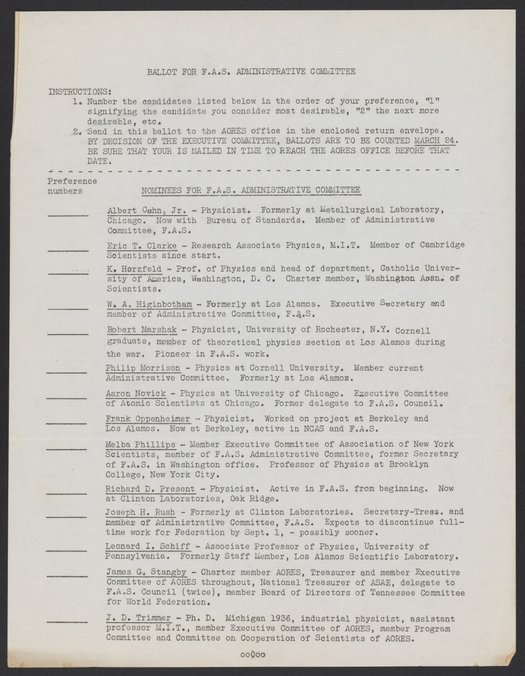 Election ballot for the administrative committee for the Federation of American Scientists (FAS).

The Federation of American Scientists (FAS) is an American nonprofit global policy think tank with the stated intent of using science and scientific analysis to attempt to make the world more secure. FAS was founded in 1945 by scientists who worked on the Manhattan Project. FAS was created to bring together scientists committed to "using science and technology to benefit humanity." They aimed to reduce nuclear weapon use, prevent nuclear terrorism, and reduce scientific misinformation. Presently, FAS has dedicated itself to reducing threats from nuclear weapons, biological and chemical agents, climate change, and other contemporary issues.

Ballot for the Federation of American Scientists administration committee