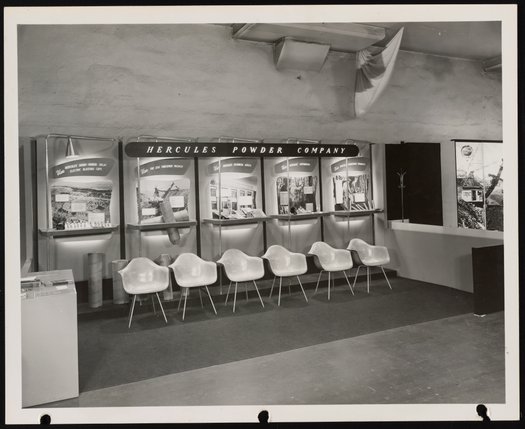 General view of the Hercules Powder Company display at the 1952 American Association of Petroleum Geologists meeting held in Cleveland.