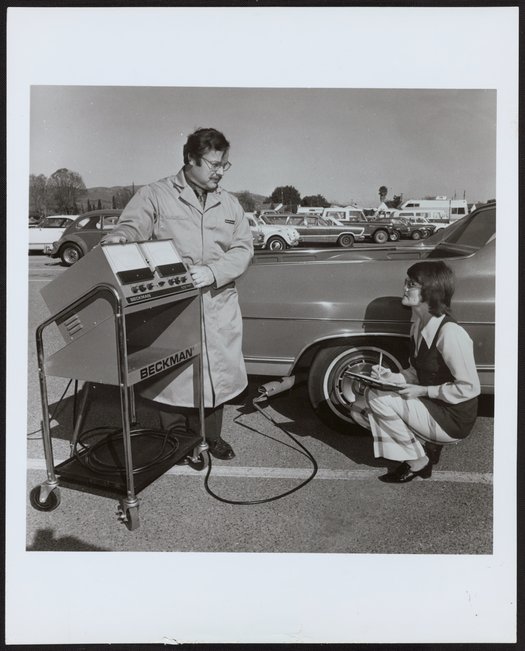 A man in a lab coat and a woman with a clipboard record the readings of an HC/CO Tester attached to the tailpipe of an automobile. This instrument measures the levels of hydrocarbons (HCs) and carbon monoxide (CO) emitted by cars.