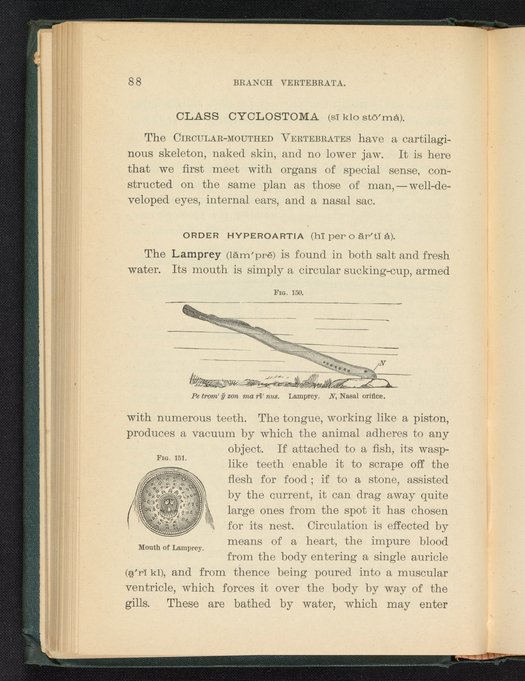 Figures 150 and 151 of the 1887 volume Popular Zoology. Figure 150 depicts a lamprey with view of the nasal orifice. Figure 151 depicts the mouth of a lamprey.